This is the third of a series of 4 posts about the little paradises we found during our recent trip along the coast of Southern Bahia in Brazil.

The other three are Trancoso, the only one that is a bit more known (at least in Brazil), Caraíva and Boipeba, all of them absolute secrets and wonderful discoveries.

South Bahia’s coast, certainly one of Brazil’s most beautiful and untouched coastlines, if not of the whole world. It stretches over 700 km, from just under the city of Salvador, Bahia, to the border of the state of Espírito Santo. The most beautiful places include Caraíva, Boipeba & Moreré, Península do Maraú, Serra Grande and Ponta do Corumbau. Also wonderful, but already more famous, are Trancoso, Itacaré, Morro de São Paulo and Barra Grande.

Algodões lies on the southern part of the Peninsula of Maraú.

On the Península de Maraú, the saying goes “hard to get there, hard to leave it behind”. It truly might not be easy to get there, as the only road is a 25 km long stretch of dirt track, but it certainly is worth the trip.

The north of the Peninsula, near Barra Grande and the famous sunset point at Ponta do Mutá, although still beautiful, can get a bit busy in high season. It is here where you will find most of the restaurants and beach bars. A bit quieter and absolutely stunning is the Praia da Bombaça. Also the natural sea water pools in front of the beach of Taipu de Fora are worth a detour. 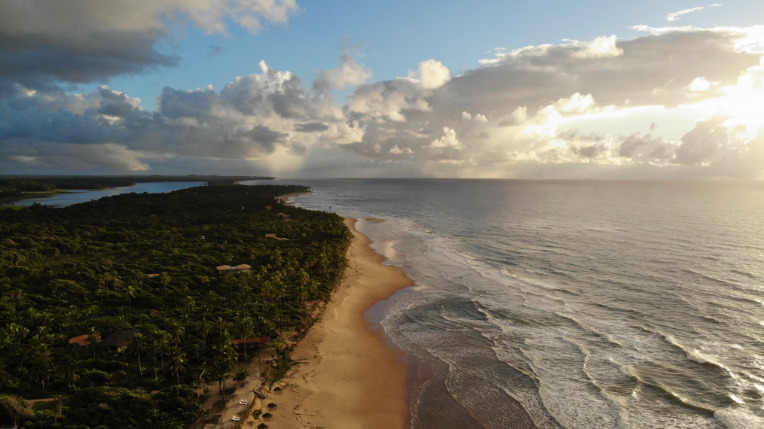 But the hidden gem is Algodões, about 20 km south of Barra Grande, seemingly forgotten by the world. It’s a small village with just a few beach restaurants and bars, but it has an endless beach with practically nobody around. At low tide, natural pools will emerge between the stone and coral reefs. It is the perfect spot to relax and let yourself float. 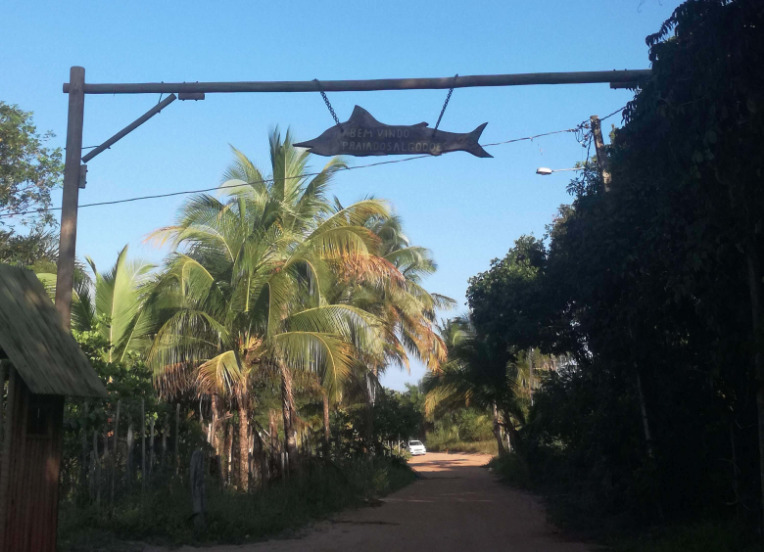 Besides doing absolutely nothing, cycling along the beach at low tide, snorkeling in the tide pools or just enjoying lunch in a beach bar, you can also venture out to discover the Peninsula and villages in the northern part. 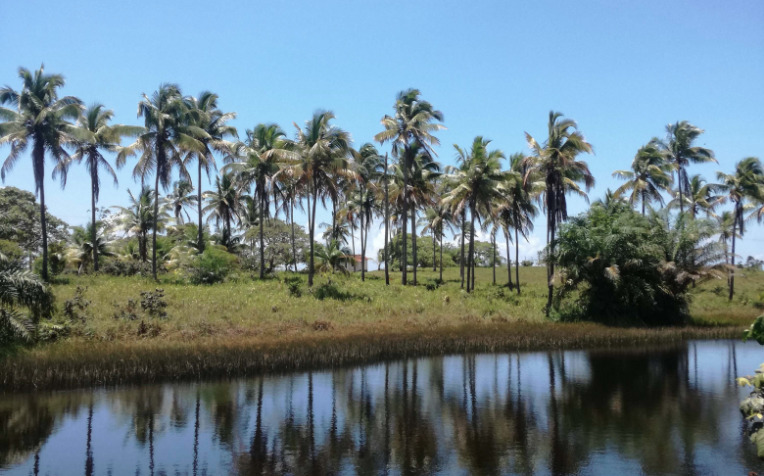 Near the Lagoa de Cassange 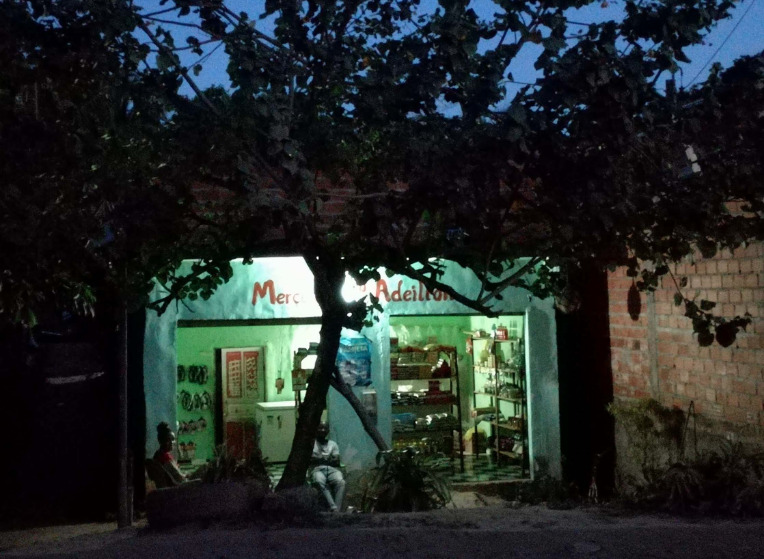 On the road to Saquaíra

Where to stay in Algodões and nearby 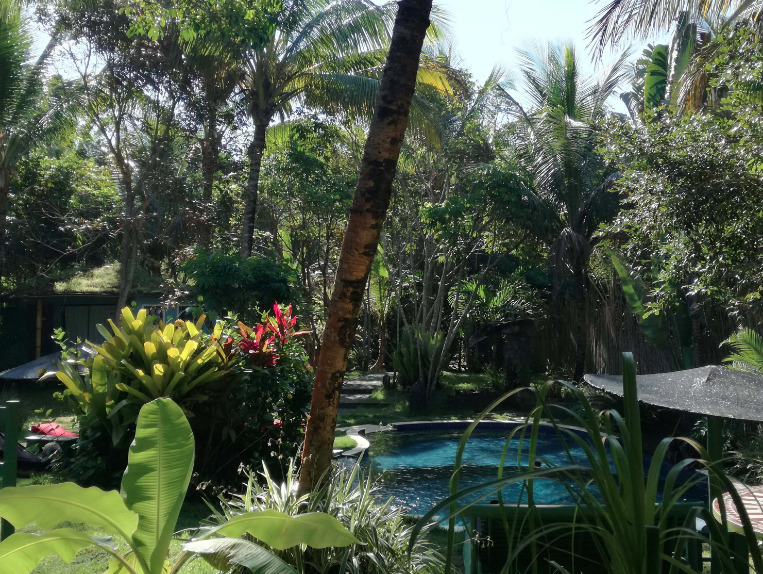 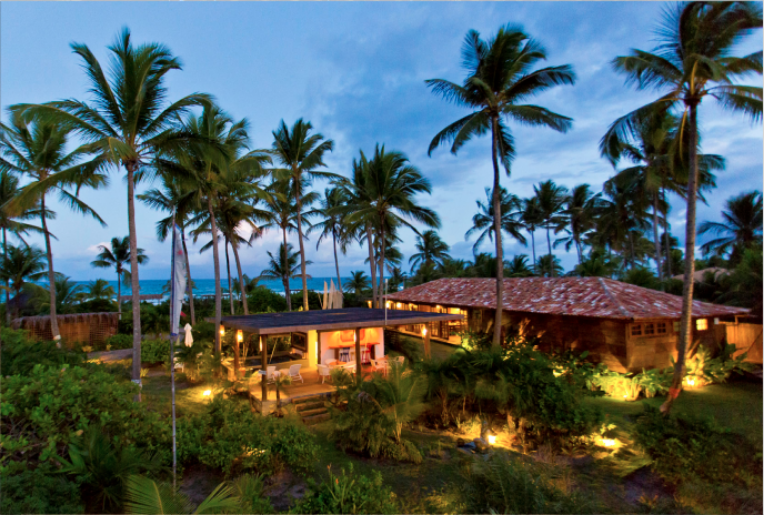 2. Casa dos Arandis – Total luxury and splendor in the middle of a breathtaking natural setting with direct access to the beach 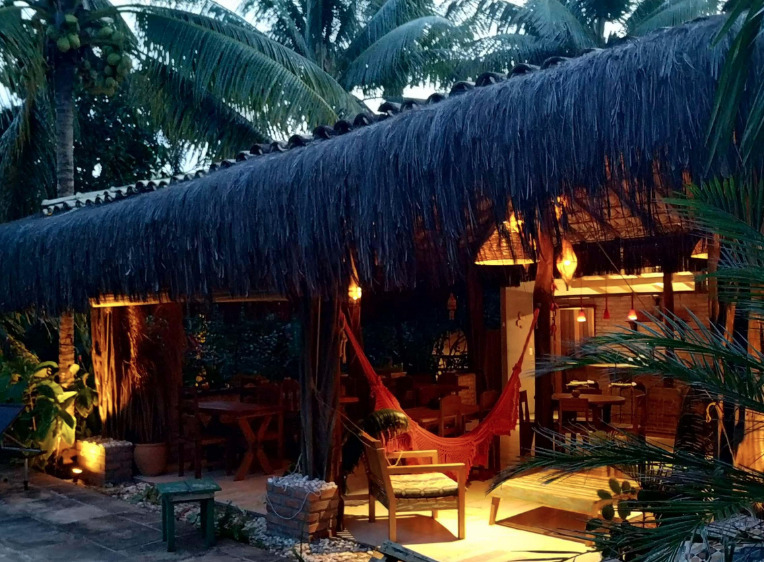 3. Na Villa dos Algodões – a bit more simple, but placed right above the beach and with access to the beach bars and restaurants of Algodões. 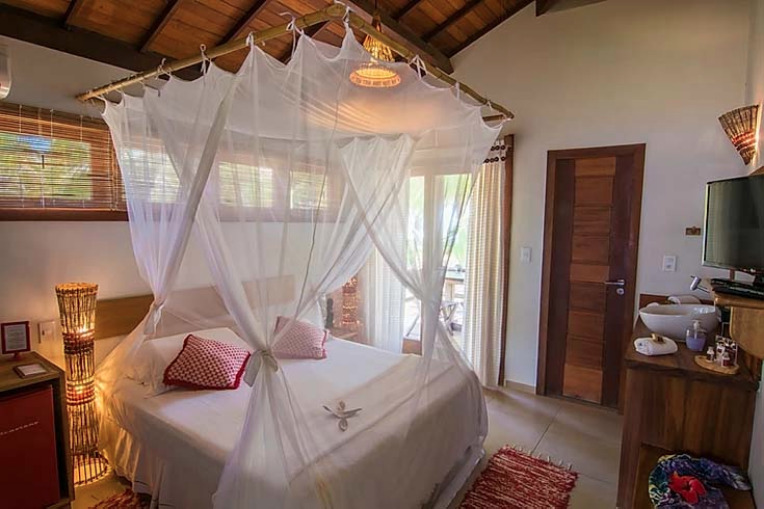 Where to eat and go out:

Restaurante Obaê – Algodões – Fantastic place to spend the whole day. Wonderful fresh fish, moquecas (typical dish from Bahia made with fish or seafood, coconut milk and óleo de dendê) and lots of other petiscos and savoury dishes. Closes at 5 p.m. 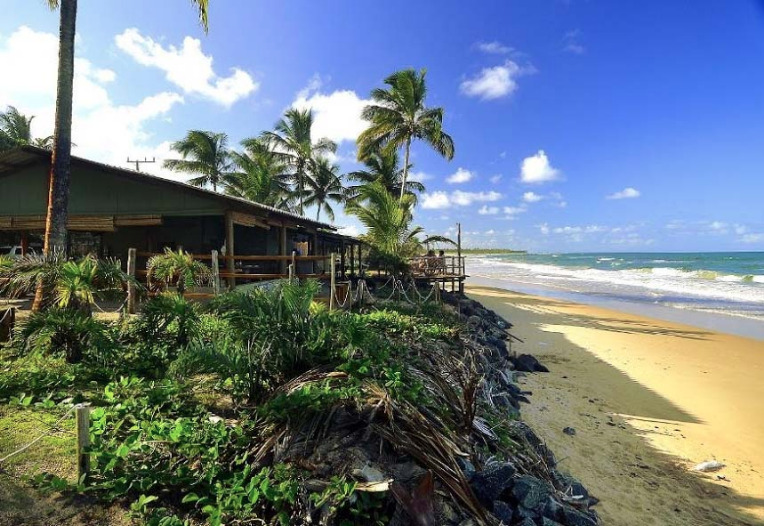 Restaurante Al Andaluz – Algodões – You might not expect a Spanish restaurant in this seemingly lost world on the Brazilian coast, but here it is and very good as well. Spanish and local dishes.

Aphrodite Pizza Sensations – Algodões – At the end of the day enjoy a delicious pizza in simple surroundings just a few meters from the beach.

Bar do Raúl – Praia de Saquaíra – very simple but a great spot to savour local delicacies and watch the ocean. The fish is from the lagoons right before your eyes, unbelievable you will say. 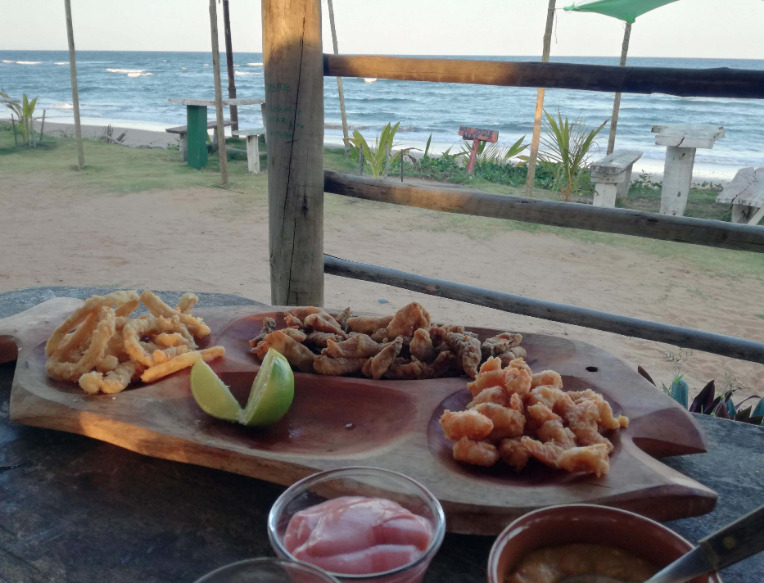 Petiscos at Bar do Raúl 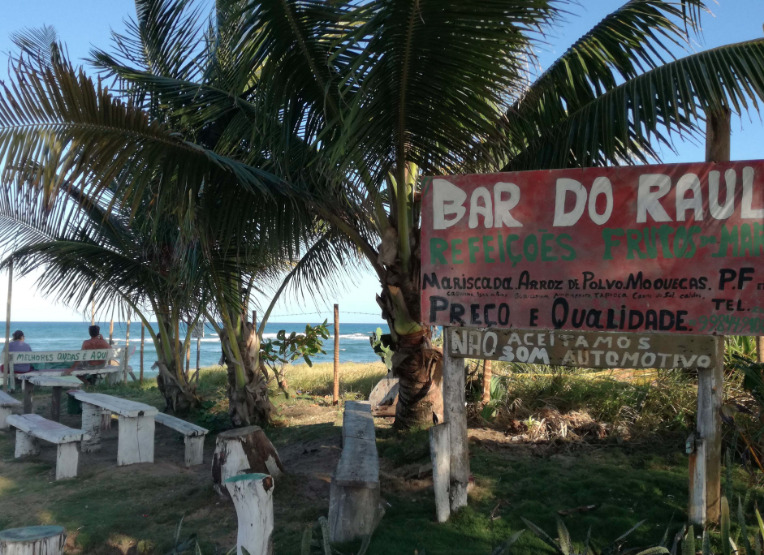 The best waves are here

Obar – Barra Grande – great restaurant near the sunset spot at Ponta do Mutá. On the beach.

To avoid the rainy season from April to June as well as the crowds in summer, we recommend travelling between the ends of August until just before Christmas.

How to get there:

The best connection is flying into Salvador, Bahia or also Belo Horizonte in Minas Gerais and from there on to Ilheús. Most flight connections go through São Paulo, but this means quite a detour and more flight hours. 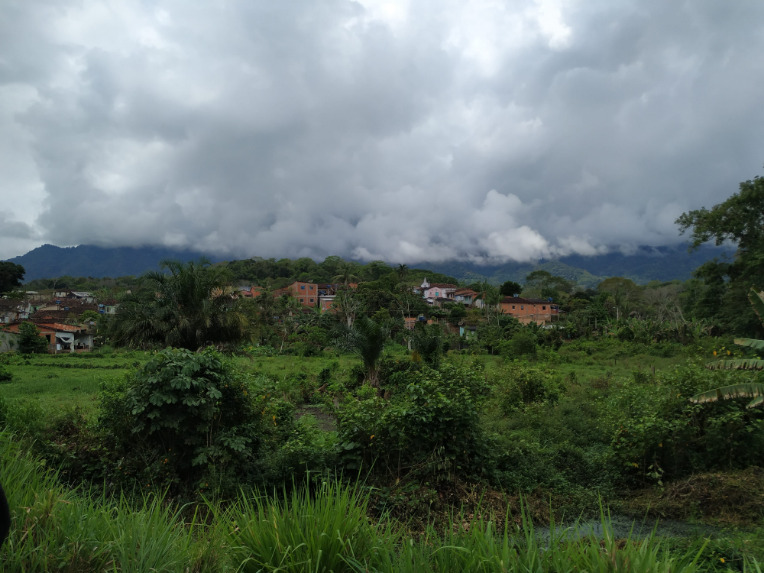 On the road to Algodões: Serra do Cacau – the Cocoa Mountains

From Salvador take the ferry to Bom Despacho on the island of Itaparica and the drive south on the BR-001 to Camamu to catch a passenger boat (you can leave the car in one of the guarded parking areas) or continue on until the crossroads with the BR-030 and on to the Peninsula of Maraú. Please note that the last 25 km stretch is dirt road.

From Ilheus take a car in direction of Itacaré and then on to Algodões on the Península de Maraú. As mentioned, the last 25 km are dirt road.

You can also take an air taxi from the airport of Salvador to the landing strip “Aeródromo do Siri” near the town of Barra Grande. 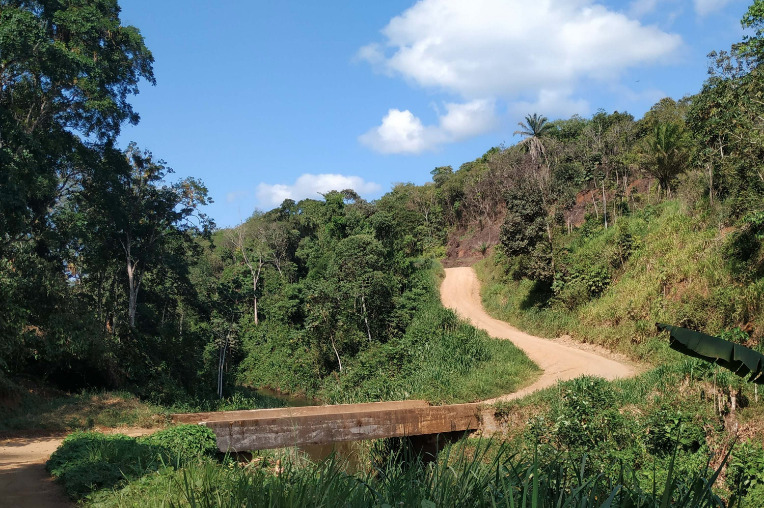 You hear a lot about safety problems in Brazil, but I must admit that we felt completely safe during our whole 900 km trip through Bahia and did not encounter a single situation worth mentioning, on the contrary. Precaution though is always good meaning don’t walk around with valuables shown openly or go through unattended dark streets or alleys if you don’t have to. 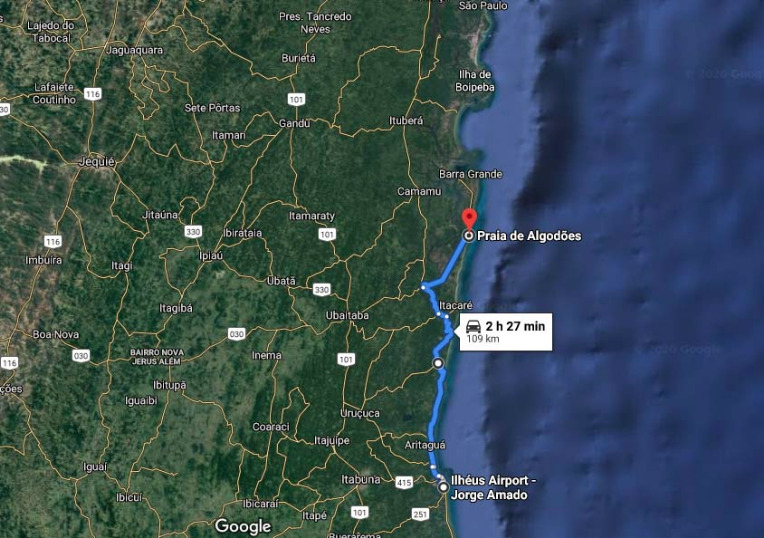