Though named after the River Oja, the lifeblood of La Rioja is actually provided by the River Ebro (which itself gave its name to Iberia). This pretty little region is mainly known as a wine producing area par excellence, but it also comes with a rich pedigree in history, scenery and culture. Being at the crossroads of several powerful Kingdoms such as Castilla, Navarra and the Basques, has given it its own rich identity and personality. It is also strategically placed en route to the Road to Saint James. The Upper Rioja, a wet mountainous upland zone, produces some of the country’s best wines, whilst the Lower Rioja is more flat and a rich fruit and vegetable growing area along the banks of the Ebro River. Hence the saying that to fill your table in La Rioja you need only extend your hand. The interior is home to fine scenery, mountains and verdant valleys.

Monuments The Monasteries of San Millán de Suso and Yuso have been declared a UNESCO World Heritage site.Logroño on the banks of the Ebro, is a pleasant town that seems to be arranged around the building of Santa María La Redonda. Two bridges - one made of iron and the other of stone cross the river, (the stone bridge was used by the pilgrims on the Way to Santiago), A further interesting site is the Imperial Church of Santa María del Palacio, founded in the 11th century. The Santa María La Redonda Cathedral is noted for its Baroque towers. Activities When in Rome do as the Romans, so it might be a good idea to buy some of the excellent wine available. A great place to do so is at Haro, the main wine production centre. There are several excellent Bodegas that allow you to taste wine beforehand. Check out the good years such as 82, 91, 94 and 95. Alternately, you might want to find out how it is all produced. Just visit the Wine Museum. Sadly, no tasting is available here. 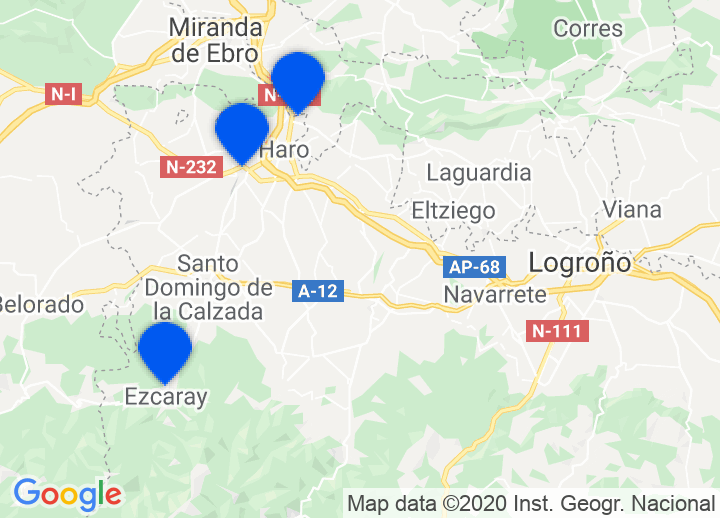 View ALL HOTELS IN LA RIOJA

Choose from our selection of charming La Rioja wine hotels and boutique accommodations. Whatever your taste, we’ll help you find that perfect getaway.

La Rioja is intimately linked to its famous wines. It produces wines of three colours and distinct flavours: dark reds (tintos), light reds (claretes), and golden yellows (blancos), all of which are regarded as the best table wines in Spain. The tintos are full-bodied and strong and a great accompaniment for hearty meals. The claretes are light and best drunk young. The blancos are dry and heavier. As for gastronomy, dishes of note include potatoes with chorizo (sausage), stuffed peppers, snails, tripe Rioja style, quail with beans, vegetable stew and roast lamb chops, etc.

As with other regions of the area the tradition of fiestas is a rich one. In La Rioja, however, festivals in honour of wine take on a special dimension and flavour, if you pardon the expression. The Wine Harvest Festival held during the second fortnight in September, for example, is officially considered of interest to tourists. These festivities are accompanied by other events, including bullfights, parades and even a poetry contest. Religious events take in the religious excursion to San Felices de Bilibio on June 29th. The Batalla del Vino (Wine Battle) is held on this occasion, which again is considered to be of interest to tourists. Thousands of people climb to a small mountain nearby and are soaked from head to toe in wine. The Santo Domingo de la Calzada festivities are also important and held in Anguiano in July.

Traditional dishes prepared with fresh local produce, lovingly prepared comfort food in a rustic setting or fine dining in an elegant environment, everyone has his preferences …
I want to know more
Take part of the laid back village life, stroll along cobblestone streets, dine in small traditional restaurants and smile at the locals on the main square.
I want to know more
There are so many beautiful wine regions that it is hard to make a choice. Besides the Chianti in Italy, Burgundy in France, the Douro in Portugal or La Rioja in Spain there are endless more …
I want to know more

Hotels by city in La Rioja